A State of Nirvana

These are not the war drums of conquering armies.  These drums make a happy sound, the sound of swords being beat into plowshares, of chains being broken.  It’s a sound the world has hoped for.  There’s no one doctrine or dogma in this celebration.  It is unstructured, free-flowing, unleashed. 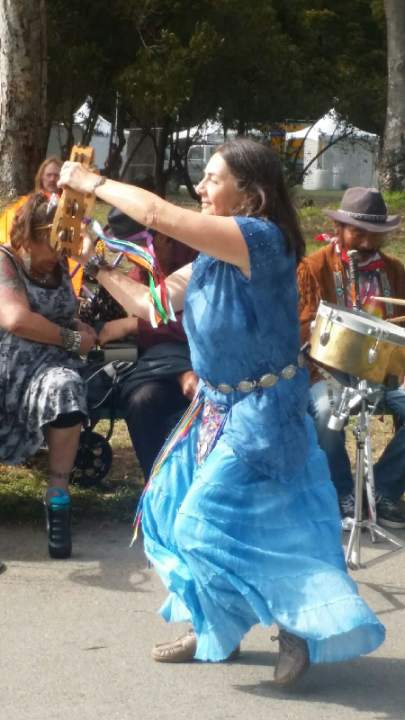 On the week-ends the drumming starts when the second drummer gets there and sits next to Rich on the bench.  He’s always the first one to arrive.  The drumming continues pretty much continuously throughout the day, with only a few short breaks.  As to where they get the energy to keep going like that, some of them would answer that it comes from Spirit.

You’d think that when they finally stop they’d rest for awhile, but that’s not what happens.  There’s something about keeping the drums going, as if the urgent movement of their hands is doing something to heal the world.  As soon as they stop, after one or two minutes or less, some diehard starts up again with an excited new beat, and the other drummers can’t resist joining in, not getting to rest.  It’s often Rich who re-starts the drums this way.

There are many African Americans in the circle, who bring a dynamic energy.  Some of them have amazing drums painted in wild colors.  There’s one drum that has interwoven fluorescent shapes of animals and trees.  Sometimes a harmonica adds rich tones to the drums and it always seems to blend in well with them.  Bottles of wine and other refreshments are passed down the line, without regard for race, class or fear of pandemics.  Ideas and laughter and confidences are also shared.

Rich said to me, “We understand what you’re trying to do,” after I had expressed ideas about uniting people to reform the laws.  We both shared the vision that the drums were a spiritual and political force that could transform.  That’s why the drummers play until their hands are a mess, until the cold wind blows as the sun sets and there are no more spectators.

More than the music, it’s what the drums stand for that matters.  The dream of peace is bigger than any one place or any one person, any one country or era.  The drummers drum until their hands are broken.  When they close their eyes, they seem to   be experiencing a kind of rapture.

Adrian said she became a drummer because she always wanted to be a DJ at a rave, “because of their ability to make a huge crowd of people down near a state of Nirvana.”  It seemed to me that she could do that right where she was, without fancy equipment except for her two drums painted with the universe. 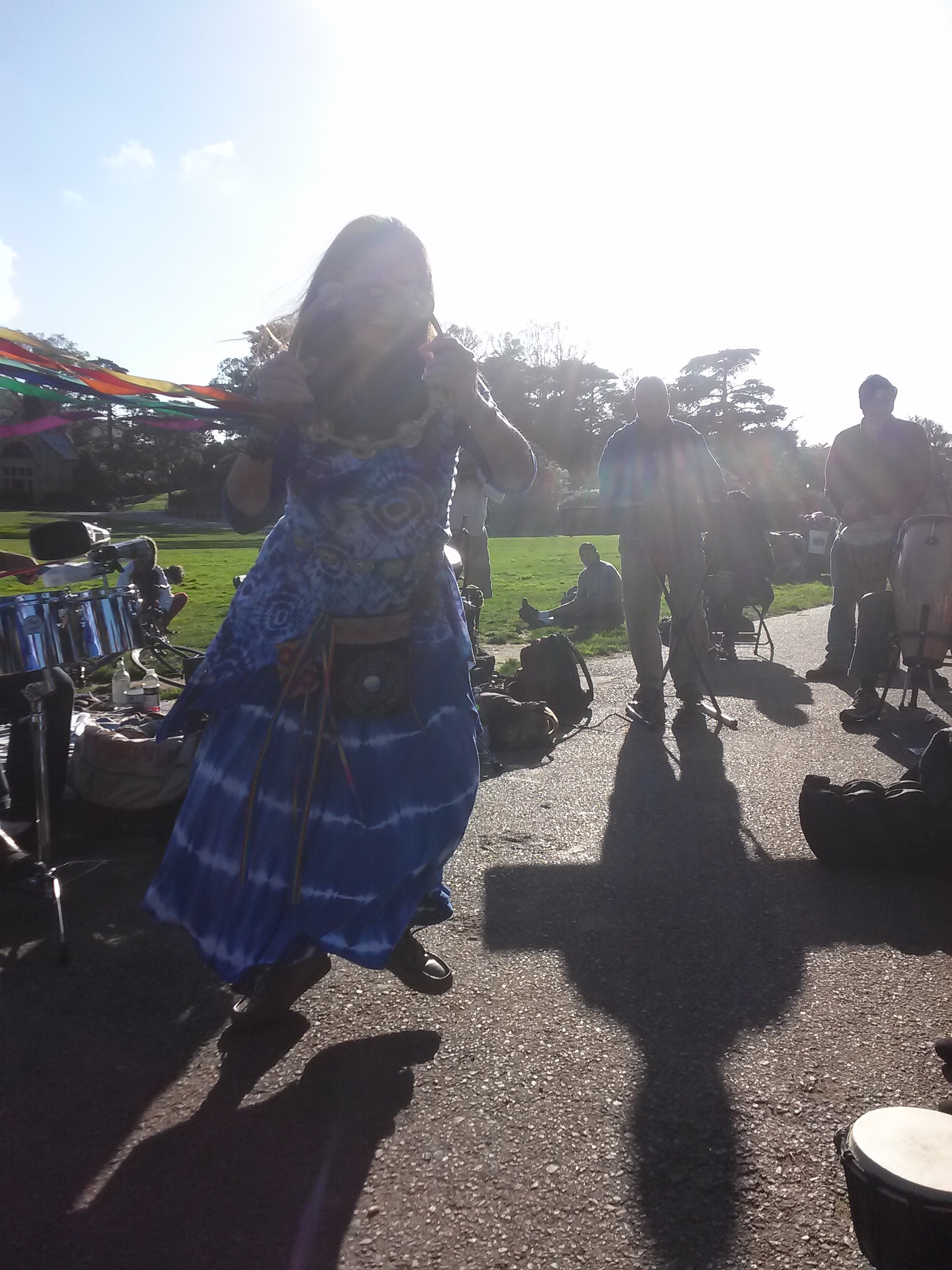 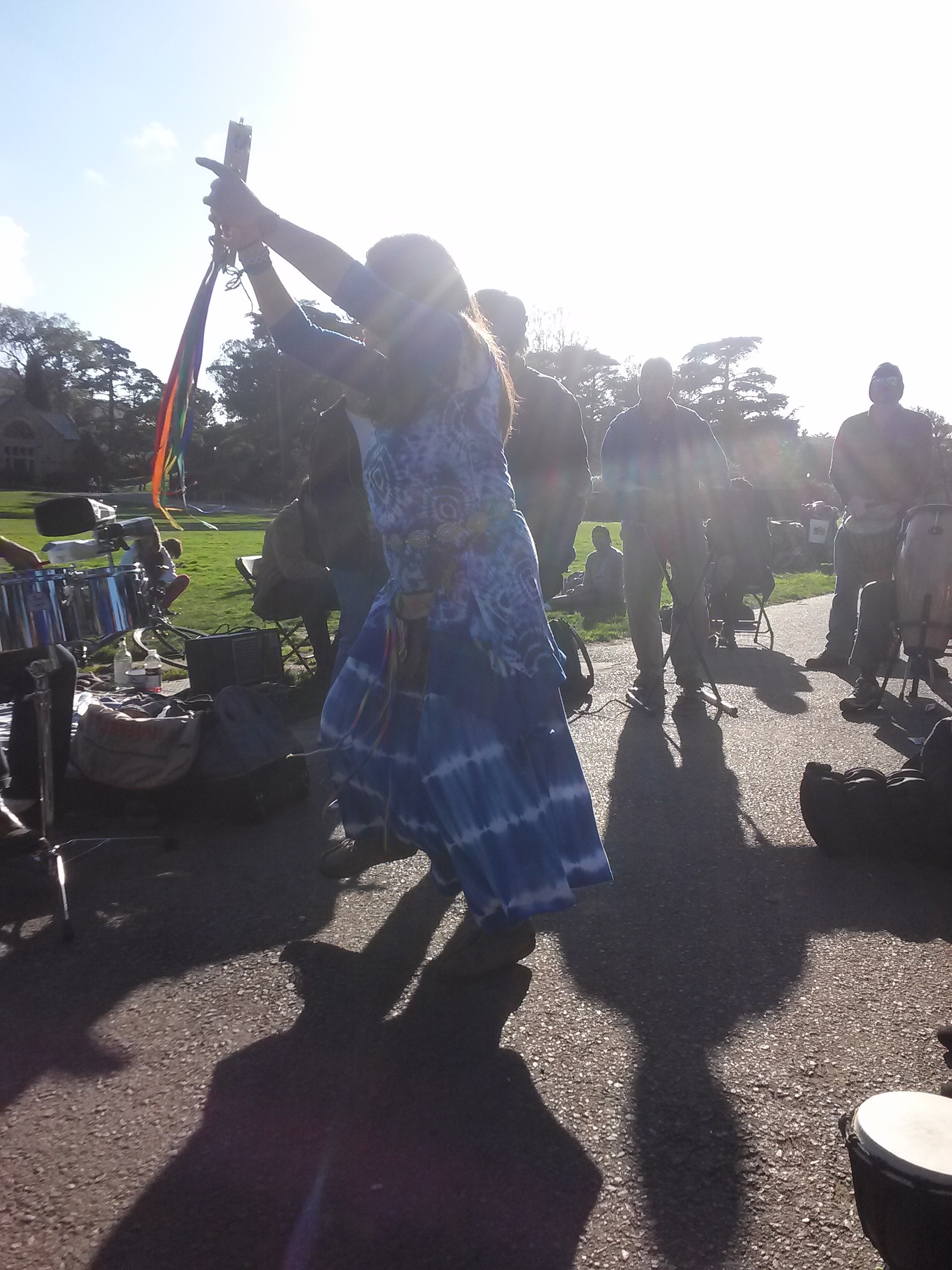 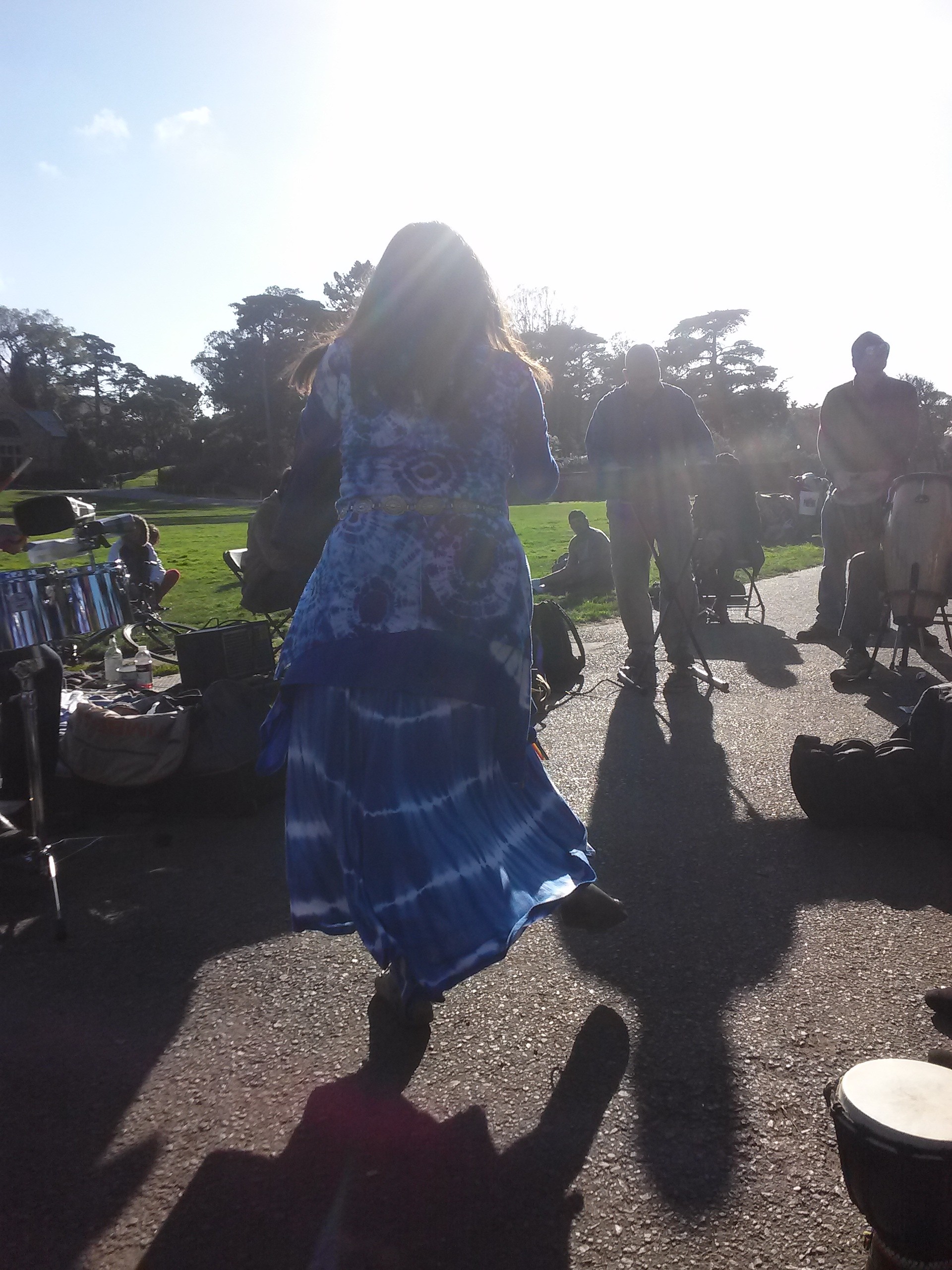