By Joan Rivard 6 years ago

The circle of about twenty drums is on the pavement right in the middle of the main thoroughfare through Sharon Meadow.  That means that people usually go around, so much that there’s a big bare area in the grass encircling the lower half of the drum circle.  The other side is bordered by the long park bench the drummers sit on, and it’s on the uphill side of the road, so most people don’t walk through that way behind the bench.

A few people go through the middle of the drummers if it’s not too crowded.  Some even stop and dance for awhile, or linger to stand on the sidelines.  Sometimes a baby carriage or wagon lumbers through, for which the drums open up.  During the busy part of week-ends they try to leave an open spot on either end so that people can walk through, but soon someone starts to stand there and play an instrument.  Then the people have to walk around again. 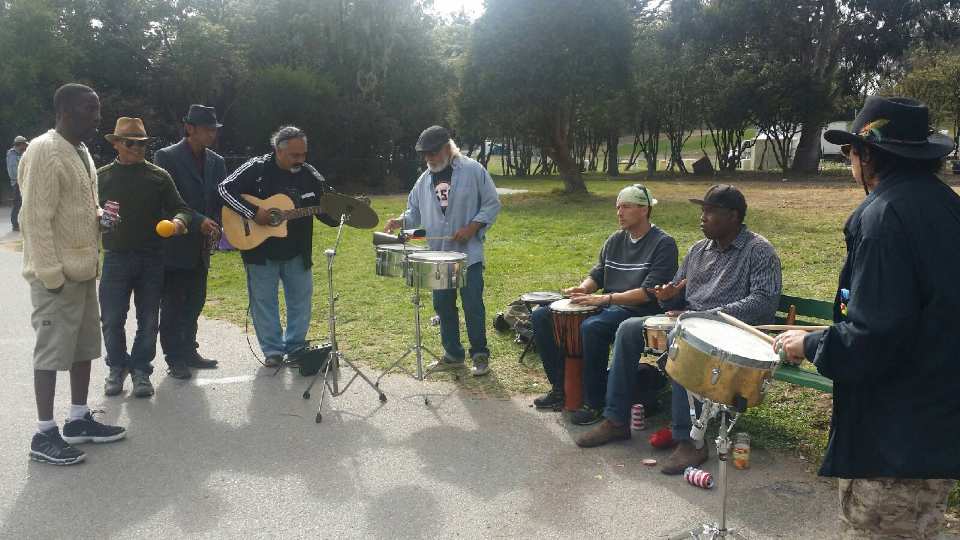 No one complains among all the thousands that walk by.  The park rangers don’t come and tell the drummers to get out of the road.  The drum circle seems to be an honored tradition, something they’re kind of proud of.  Something tourists come to see.  There’s also the basic principle of respect in Pacifist society.  Even the strangers walking by don’t want to interrupt the rhythm of the drums, or disturb the musicians in their trances.