Such a sweet wind, perfumed with Eucalyptus, hot dogs and incense, greets the crowd
as it streams toward the Rose Bowl’s pillars and arches, to sounds of pipe organ.
Beyond the chain link fence the spectacle of the swap meet unfolds,
a world of vivid sights and wondrous dreams. 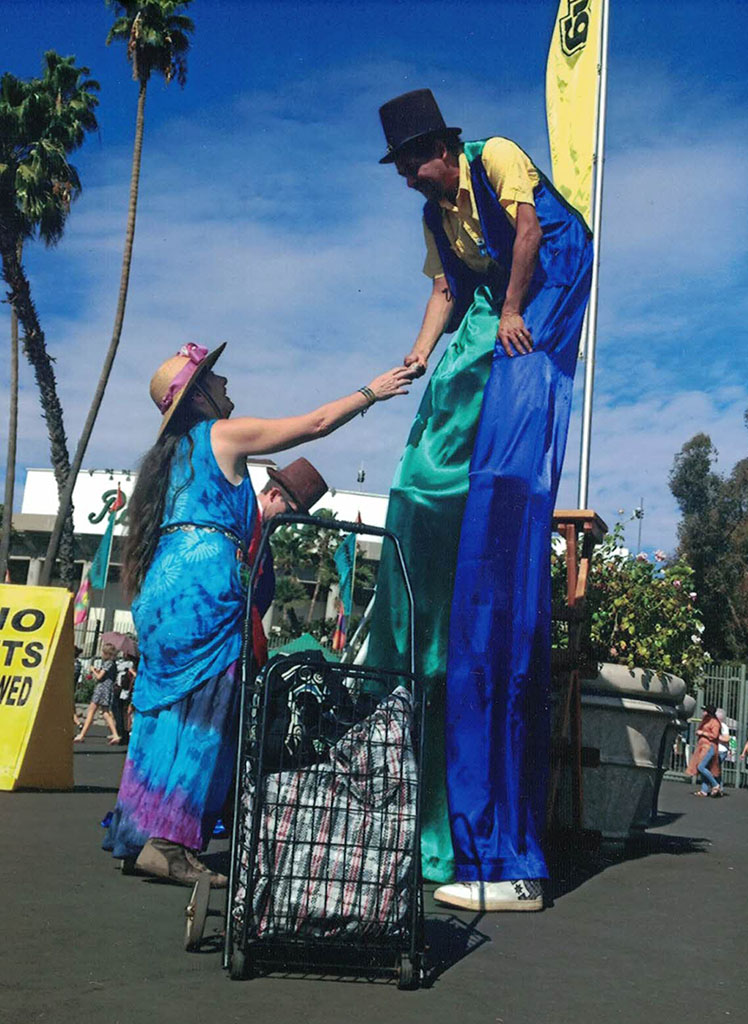 Greetings and merchandise are passed over the fence.
Guards open gates so that large furniture can be wheeled out.
People coming the other way carry off strange treasures,
some wheeling carts loaded with wild varieties of odd objects.

An incredibly diverse mob passes through a row of turnstiles,
then flows slowly through miles of maze-like rows of booths.
An instant metropolis looks like it has been there for a week,
though there was only asphalt there a few hours ago.
In all the giant parking lots a movable commerce takes place,
down a long length of the Arroyo and on both sides of the river.
Here people meet across social, religious, and economic lines.
The fifty thousand customers, the vendors of all ages and backgrounds, are each unique.

With vintage objects many try to re-create a saner past.
They buy a serving spoon from when people sat down to big family dinners.
A barren apartment can be filled with items from the Forties or Fifties,
as a way of pretending that the last half-century didn’t happen.
Old people try to bring back a happier or more abundant time they had.
Young people try to imagine a world they’ve never known.
It feels good just to see things that are not all the same,
things made by hand, not by machines.

Customers go home and wonder how they’d look
in antique jewelry or embroidered clothes, or even putting up a booth.
Women in bluejeans see themselves in flowing, silky skirts set with gold beads.
Men can imagine how it feels to wear a wide-brimmed leather hat, or a vintage vest.
Just being outside is something special for some people who
spend almost all their time in houses, workplaces and cars.
This breath of air and sun is something their skin craves.
Sweet Liberty seems to infuse the very air beneath the stadium’s neon rose.